Bandsman of the Year 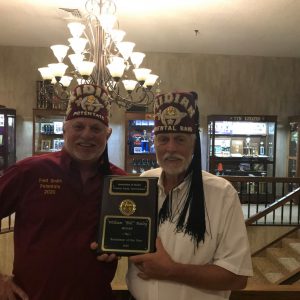 I would like to nominate Noble Bill Bailey, a Shrine Mason since 1996, and a member of Midian Shrine Temple, Wichita, Kansas as Bandsman of the Year 2019/2020.  If you think about it, you may already know Bill as a familiar face and voice as he is very active in his home temple as well as the CSSAOB and the ASOB, holding an office in all three at the current time.

On the local level, Bill had been active for many years in the Oriental Band and has led the Midian Oriental Band to 17 first place wins during the past 18 CSSAOB competitions.

Bill was a member of the appointed Divan in Ron Capps year and has helped with many Shrine Fundraisers such as the Gun Raffle, Festival of Trees and the now-defunct Midian Auto Swap meet of which he was the chairman for 2 years.  When asked for help at Temple functions Bill is always ready if possible.  He was the aid in charge of a group of aids for 5 years, was the leader of 3 Units in Midian, and on the Restaurant Committee.  He has helped not only his OB unit raise money for the hospitals but has also helped the Camel Herders, Keystone Kops, Sumner Co, Nomads, and the Temple.  Some of these functions generated money that went directly to the Shrine Hospitals.  As a member of the Thousand Dollar Club, he has given well over that directly to the Shrine Hospitals.  He was President of ASOBCS 3 years ago and at the present time, he is Director of the Midian Oriental Band, Music Director of that OB, Sec/Tres of ASOBCS, and 2nd VP ASOB.  When he became President of ASOBCS the organization was pretty broke, maybe real broke.  He helped changed how we, CSSAOB, did things and as Sec/Tres has aided the Presidents, myself included, in properly organizing events and saving money at the same time until we are now able to help support the Ladder of Smiles (OB fund to the hospitals).

Prior to his retirement Bill travel around the country as is employment required which gave him the opportunity to visit many Temples and their OBs or encourage the start of a new OB if one did not exist.

The experience gained during these visits was very useful when Bill traveled with Noble Chris Tsaros, Past President of ASOB, to Panama City, Panama to give the Abou Saad Shrine Temple OB their Charter.  He has traveled back there many times to assist the OB with their music and other functions.  This is his 3rd year traveling to Panama City to work with the doctors, from our Shrine Hospital in Shreveport, LA, at the Children’s clinic where he works as an Orderly.

Considering the above history of dedicated service and the promise of continuing help and support, please give Noble William (Bill) Baily your upmost consideration as A.S.O.B. Bandsman of the year for 2019/2020.  No one is more deserving.

The purpose of the A.S.O.B. Bandsman of the Year Award is to recognize an Oriental Band member who has demonstrated outstanding service to the A.S.O.B., to the Ladder of Smiles, to his Shrine Center, and to his Oriental Band.

The criteria for this award are as follows:

a. Member in good standing in his Shrine Center
b. Letters of recommendation from the Potentate of his Shrine Center and the Area A.S.O.B. Ambassador.
c. Demonstrated Leadership within his band, and the A.S.O.B.
1. Willingness to assist and lead where possible
d. Identifiable support for the Ladder of Smiles
1. Responsible for coordinating and managing a fundraiser for his band and or Shrine Center.
e. Attendance at either his Regional Association Meetings or Imperial Session.
f. Must demonstrate goodwill towards all OB Members 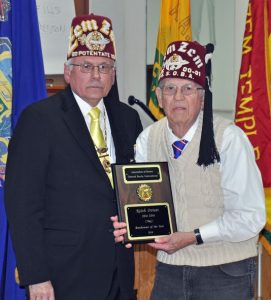 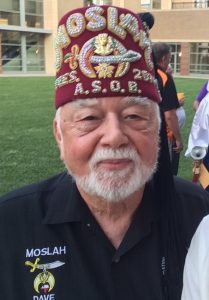 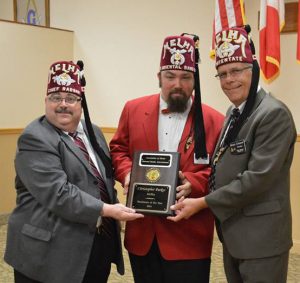